Last night, the State of the Union speech generated 2 million Tweets in the U.S. according to the Nielsen Twitter TV Ratings (NTTR) from Nielsen SocialGuide (@Social_Guide).

The 2 million Tweets were seen by 8.8 million people, according to Nielsen SocialGuide, and had 255 million impressions. Those Tweets were sent by 567,841 authors.

Nielsen SocialGuide provides data on the number of Tweets sent and unique Twitter accounts that tweeted about the State of the Union as well as the live reach of those Tweets about the telecast (Unique Audience, Impressions). Activity data (Tweets, Unique Authors) is measured three hours before, during and three hours after the airing of the State of the Union, local time — and in the U.S. only. Reach metrics are measured from when the Tweets are sent until the end of the broadcast day at 5am. 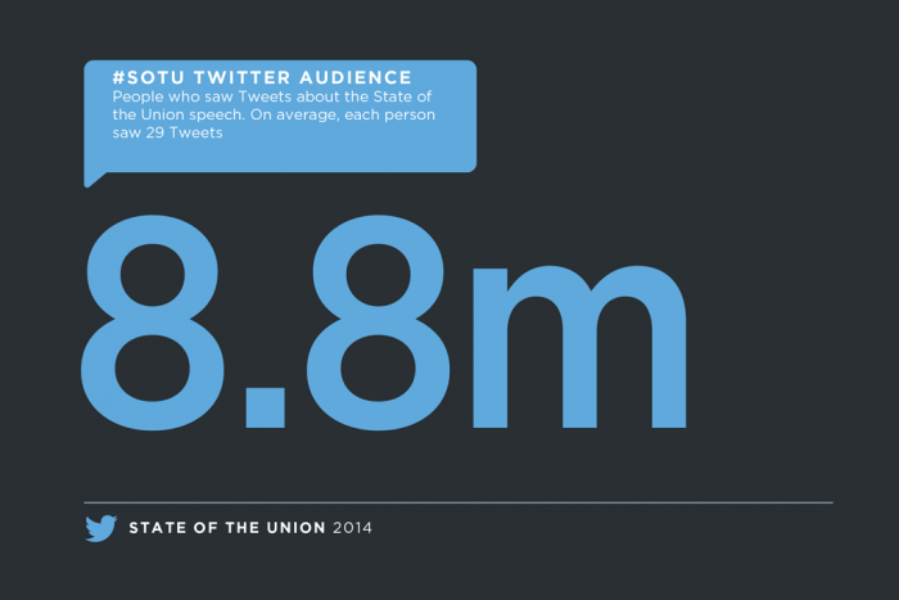 You can view additional data around the broadcast released by Twitter tracking the global conversation during the telecast here. And check out our interactive visualization of the State of the Union speech on Twitter.