As the #WorldCup drama unfolded on the pitch in Brazil, it also played out on Twitter in a big way: football fans across the globe discussed every exhilarating and emotional moment as it happened.

After 64 thrilling matches, including yesterday’s dramatic World Cup Final, we’ve compiled the numbers and their visualisations that illustrate just how massive the Twitter conversation has been since the #WorldCup began on June 12.

Every minute of every day, it seemed fans across the globe were discussing the drama of the tournament, though we saw the conversation really take off during each live match. When a thrilling moment occurred on the pitch, the world came to Twitter to talk about it. These patterns are evident in our match totals and TPM peaks.

Of the 672 million total Tweets, we saw the bulk of the conversation during the live matches. During the semi-final between Brazil (@CBF_Futebol) and Germany (@DFB_Team) fans sent more than 35.6 million Tweets — a new Twitter record for a single game. Here are the top five most-tweeted matches from the #WorldCup: 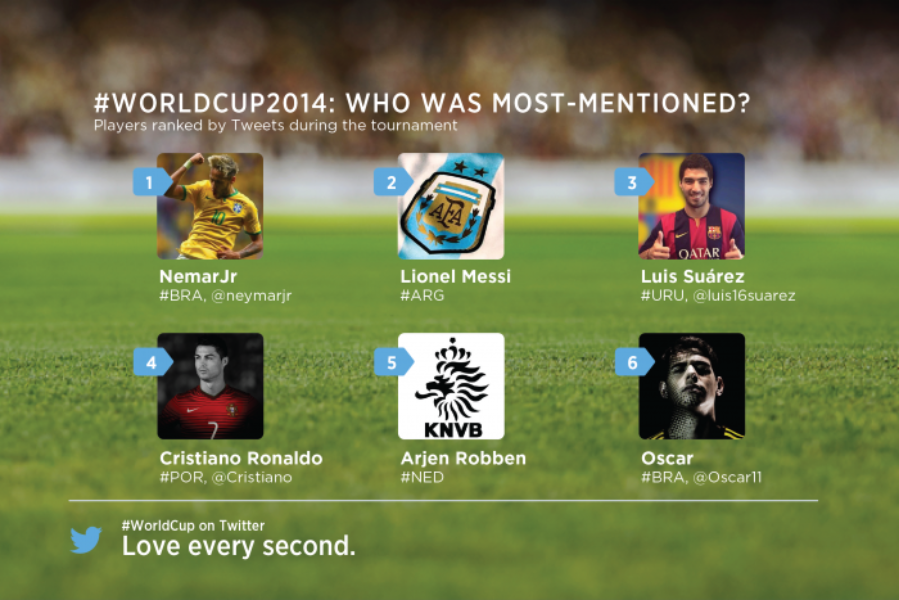 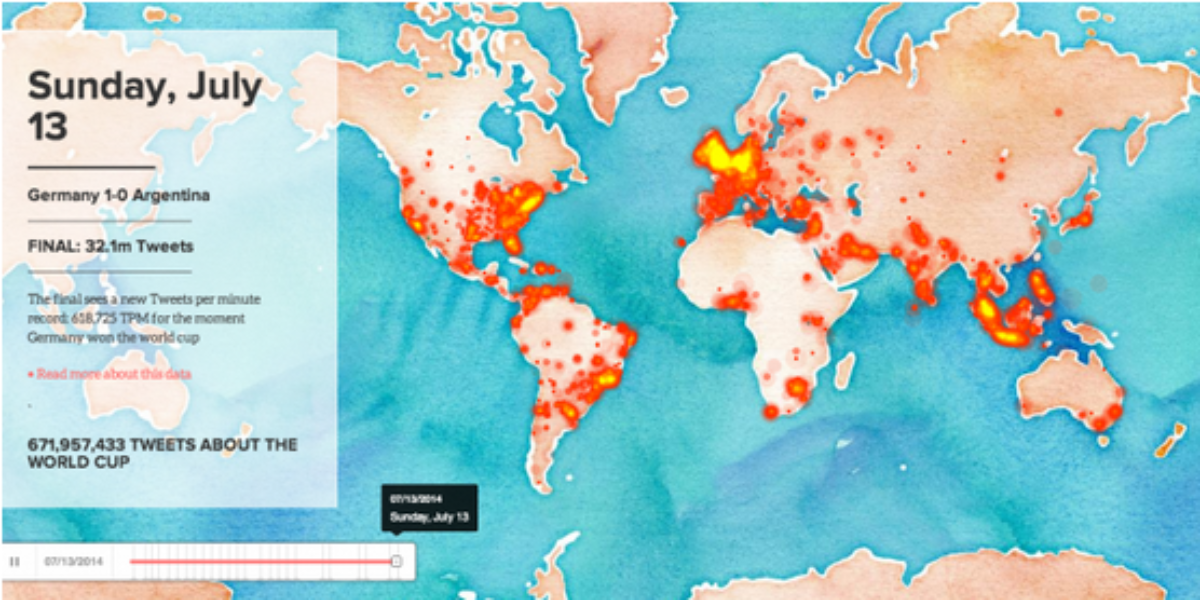 You can even explore individual games, too, with our maps for each match: